One fine morning, I woke up and decided to go see a doctor.

Before you all jump to a conclusion like Kamlesh aunty, Aunty X, and a random aunty who rejoiced at everything good and bad, I’d like to mention that I was going to a dermatologist.

I didn’t want the busy husband to tag along but he insisted that he come along in case I had a skin-peeling emergency.

As I was leaving, my beloved aunty Kamlesh presented herself.

Kudi is going to the dermatologist, I wanted to say, instead, I said, “Aunty, doctor ke paas”.

I would have explained further but the car was waiting and I didn’t have the luxury of indulging in a detailed conversation. Aunty was smiling beyond need. I left.

We arrived at an overcrowded hospital with at least a 100 people in queue. I thought feigning a sudden collapse would get me through soon but the husband informed me that he had made an appointment and we would be the first ones in, so I could stop with the drama already.

I was a theatre student once (with very questionable acting skills), I wanted to tell him. I didn’t; now was not the time to be boastful.

We were making our way through a queue when a very sweaty, angry lady remarked, “Inhe badi jaldi hai!”.

“Haanji! Haanji!” I responded. It’s my go-to word here, a substitute for the colloquial “whatever!”. Anything I do not understand or feel the need to respond to, I go haanji! haanji!

“Good morning, doctor!!” the husband was unnecessarily loud. I gave him a stop-screaming-in-my-ears look.
Mr. Resident Doctor was dressed well. Yet, I was a little reluctant so I stationed myself at a place where I could wait for the doctor I was scheduled to meet.

However, I didn’t get to choose. Mr. Resident Doctor picked up an unusually thick magnifying glass and started examining me. His eyes were hilariously large. I attempted to look at the husband through the corner of my eye who was already giving me a he’ll-poison-you look.

I tried to stop the constant laughing in my head when everyone in the room suddenly rose. Mr. Resident Doctor looked frozen. I saw a woman gliding in and buzzing a partly broken summon-the-office boy-button.

I liked her. A lot.
Mr. Resident Doctor had started explaining my problem when she interrupted him, “I’d like to take a look myself”.

By the time the air conditioner was switched on and the hand sanitizer located, she was writing me a prescription.

“How many kids do you have?”

Now, it was time for me to freeze. How many did I look like I had? I was confused, I mean, “Do you have kids?” would have been more appropriate but who was I to suggest? I looked at the husband like I’d forgot the count.

“No kids”, I stammered a little.

“Is that man in the uniform with you?”

She handed me a neatly written prescription and I ran out.

I heard the husband asking, “Ma’am, any dietary restrictions?”

“Aaja chicken khate hain!” he was thrilled my skin wasn’t melting just yet.

While he was making arrangements for this fancy chicken delicacy, I was preparing a speech for Kamlesh aunty. 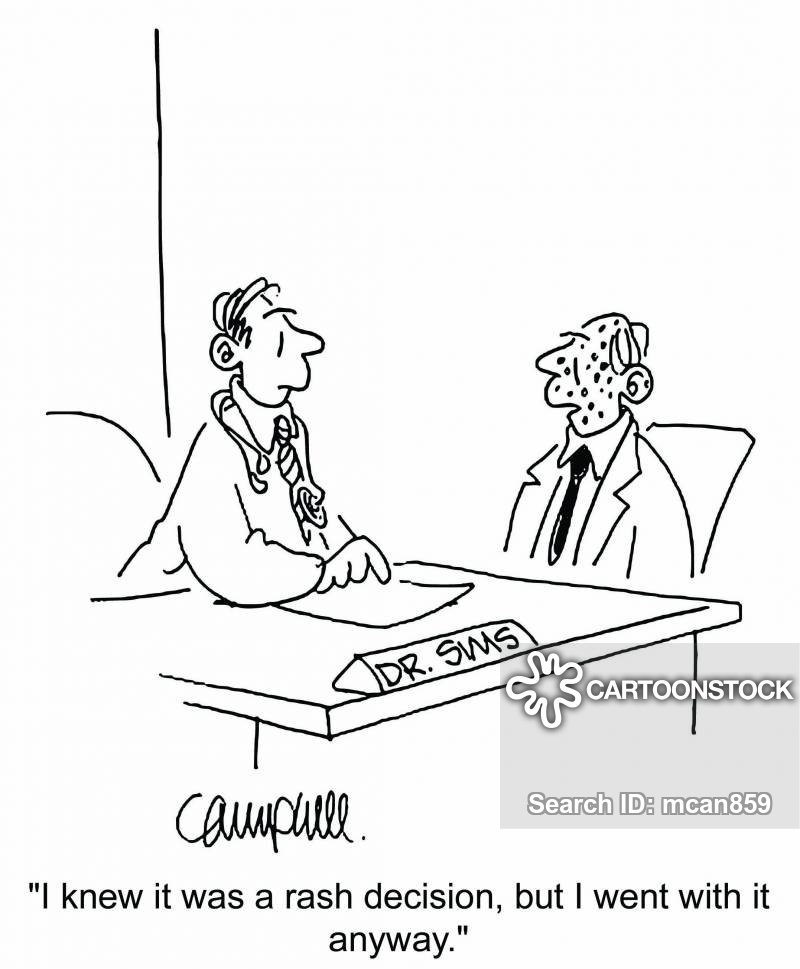